"Glorifying God by Teaching the Church to Reach the World"

PreVision Partnership is an evangelical faith-based ministry
involved in teaching, evangelism, discipleship, and leadership development
around the world.

The name PreVision Partnership represents an emphasis on 'PreVision'

pre*vi*sion (noun) 1: a prophetic vision 2: the power to foresee the future 3: knowing in advance; foreseeing 4: the act of predicting (Webster’s Revised Unabridged Dictionary).

Biblically speaking, this is confidence that God has revealed all we need to know about the future in order for us to to enjoy the eternal present with Him. The concept of knowing in advance what the future holds is foundational to the Christian faith and to all Christian teaching. Many Bible verses and passages teach this and PreVision Partnership exists to spread this message.

The name PreVision Partnership represents an emphasis on 'Partnership'

part*ner*ship (noun) A relationship between individuals or groups that is characterized  by mutual cooperation and responsibility, as for the achievement of a specified goal
(Webster’s Revised Unabridged Dictionary)

Biblically speaking, this is confidence that God uses relationships between individuals or groups characterized by mutual cooperation and responsibility for the advancement of His Kingdom. PreVision Partnership works with local churches, ministries and individuals throughout the world to achieve its mission 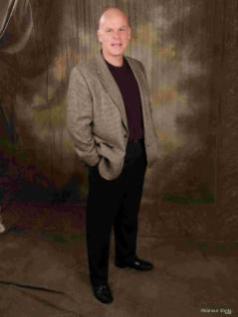 Dr. Peter Grant,  President  and Founder of PreVision Partnership is engaged in a ministry of teaching, evangelism, discipleship and leadership development.

Peter was born, raised and educated in Edinburgh, Scotland. He left a successful career in the U.K. construction industry to come to the U.S.A. studying at Moody Bible Institute and Trinity Evangelical Divinity School from 1980 to 1986. In 1986 he returned to Scotland, with his wife, Becky, to minister in churches throughout Great Britain in evangelism and Bible teaching.

In 1989 Peter & Becky moved to Atlanta where he became the pastor of newly formed Buckhead Community Church. The church grew mostly through conversion growth and was known for its creative outreach, while also providing excellent Bible teaching and dynamic, contemporary worship. In 10 years the congregation went from meeting in homes led by one pastor to multiple-staff in a new $5m dollar 100,000 sq ft facility. After a name and location change (to Cumberland Community Church) he led the church for seven more years, completing two more building expansions.

In 2006 he founded PreVision Partnership, Inc.

Peter holds a B.A. (Hons.) in Pastoral Studies from Moody Bible Institute, an M.Div. in Philosophy of Religion from Trinity Evangelical Divinity School, and a D.Min. in Christian Leadership from Gordon-Conwell Theological Seminary. He is also a graduate of the Arrow Leadership Program. During his studies, Peter was the recipient of several awards and scholarships for preaching and evangelism.

Peter has been a featured speaker at conferences and churches throughout North America and overseas including Willow Creek Community Church and Moody Bible Institute Founders Week. He has served on the board of The Faith & Science Lecture Forum, The Atlanta Classical Christian Academy, Hellenic Ministries, and was a Charter member of the American Association of Christian Counselors. In 2005, he was awarded a grant from the Lilly Endowment National Clergy Renewal Program allowing him to travel and study in Europe and the Middle East. He currently serves on the Alumni Board of Moody Bible Institute. Throughout his years of ministry, Peter has featured on radio and TV, including local Atlanta Christian radio and TV stations, NPR, The Moody Broadcasting Network, PBS, CNN, Headline News, etc.

Peter and Becky currently live just outside Atlanta in Dallas, Georgia. They have two children, Colin and Fiona. Colin graduated from Georgia Trade School in 2019 as a  welder and lives and works in metro-Atlanta. Fiona graduated in May 2015 with a B.A. in Urban Ministries from Moody Bible Institute, Chicago. She lived and served in inner-city Chicago helping children who live in high-risk, inner-city neighborhoods have abundant life. She now does the same in Atlanta and teaches in the Atlanta public school system. She graduated from Georgia State University with a Masters in Urban Education in 2019. 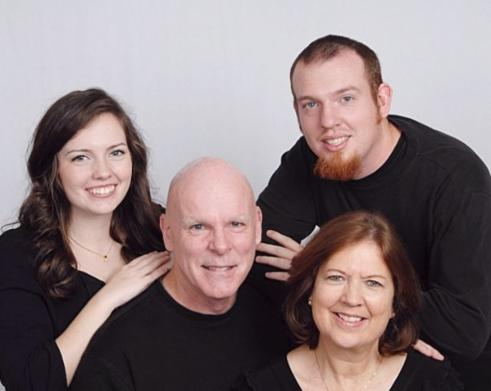